We use cookies to make sure you can have the best experience on our site. If you continue to use this site we will assume that you are happy with it.Ok
Products MASK 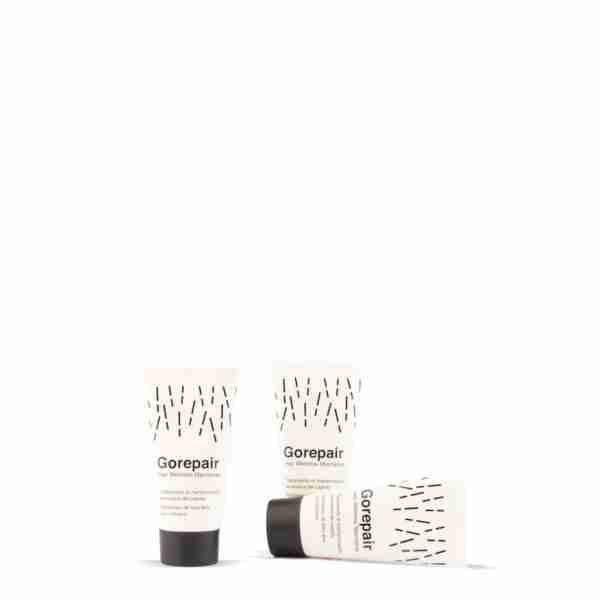 Home maintenance treatment that completes the effectiveness of Gorepair treatment carried out in the salon by prolonging and emphasizing the effects on the hair.

The home use treatment is available in a box of three 15ml tubes equivalent to 1 weekly application for 3 weeks after the Gorepair salon treatment.

After shampooing, apply to towel-dried hair. Apply on lengths and ends and gently massage. Leave on for 10-15 minutes then rinse carefully.
We recommend one treatment a week for 3 consecutive weeks.

Opuntia Oil
The Opuntia Ficus-Indica Stem Extract is produced using Prickly Pear cladodes exclusively harvested in Sicily. It’s also known as Mediterranean “Aloe” since is capable of having a restoring and protective action.

Sericine
Sericine is a protein that resembles very much the keratins that make up our skin and our hair, thus showing a natural affinity to these components.
Specifically, the sericine, thanks to its high hygroscopicity, is capable of fixing the water on the capillary surface, on the other hand, it forms a protective coating that reduces dehydration. The first one is a direct moisturizing effect, the second is an indirect one.

Hydrolyzed Keratin
Hydrolyzed Keratin with its micro-proteins (low molecular weight proteins) is capable of penetrating through the cuticle in the capillary cortex by providing well-being and repairing the hair from the inside for an immediate and lasting effect.

There are no reviews yet.

Show reviews in all languages (1)

...Become part of the Rica world